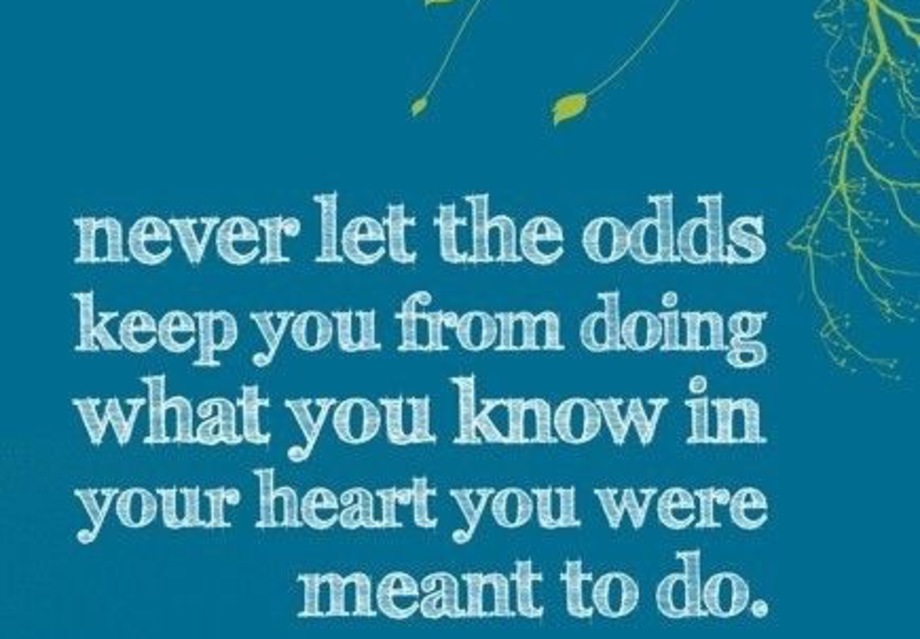 There are no entries yet.

Hello there, I hope this video inspires you and "No matter what YOU face you can beat the ODDS". Since April of 2011 until now I have spent about 300 days in the hospital in a couple different locations. In the moment I felt like I would rather die than continue to try to live. But, many things happened that showed me Life was worth Fighting for.  During the test the teacher is always quiet, to allow you to grow intellectually. Well this has been a Long Exam, and has allowed me to grow emotionally, physically and spiritually.

My faith is one of the things that has grown the most. Thank GOD for that. I am not saying you have to believe in Jesus Christ, that's just who I believe in. He didn't go around hating others because they didn't believe he was the Messiah. Rather he loved everyone he came in contact with and by doing so and using his workings he got many to see the real Truth. Even saying that, I'm am very receptive to learning about other people's faith as learning allows us to grow even more.

You may wonder how I grew emotionally. Well for starters, I realized that feeling sorry for myself wasn't going to get me anywhere. That is not saying at times I didn't feel upset because I did, but never once was I angry over the fact that my body was failing and not one physician could put "the nail on the head". Yes, they figured out what some of my problems were; but not all of them. And yes, I got the looks from some physicians who thought I was doing this all to myself. I know you probably have heard that famous saying  some physicians like to use when they can't solve the problem , "It's all in your head".  It took my own intuition and digging to find out how to compliment all of the things the physicians treating me  were giving me. It's the complimented approach that has allowed me to GET BACK UP!!!

Physical growth, where do I start with this?

Many physicians who have heard of Gastroparesis think that it always causes weight loss, I'm here to tell you that this has not been true in my case. I gained a lot of weight, during this time. Exteme yo-yo diet is what I would call it. I know many can relate though, those who have been on any kind of diet would know once they get off of it they gain it back plus some. This is what I did in a little over a years time.  I had ballooned up to a un-healthy weight by far. Growth though, doesn't stop there.  I grew physically by learning how to break bad habits and form new ones. Bet you didn't know that it takes 6 months on avg. to start a plan and keep it.  It also works in reverse, for example to get the bad effects out of your body from lets say Gluten (for those sensitive to it) it takes 6 months.

How do you cope with times when you feel like everything is not going the way you planned?

I do know you need some sort of FAITH to Battle Lifelong Diseases that sometimes have no cure or even clear diagnosis!!! So no matter what you believe in utilize your FAITH to get you through the hard times.

If I listed all of my diagnoses you would probably be thinking she should just be in the bed and disabled. But you know what I'M NOT because I know I was meant for something. I'm not a  flower just to look pretty for a while and then wilt and die away. I was formed for something so I could use the tools I have been given to make an IMPACT. You were also put here on earth for a grander purpose, the quest should be to see if we can figure out why.

This is just what I have/had diagnosed for as far as GI conditions. (Note: not in the order they appeared in my body though)

Hard to fathom I know, but it's all true. And I am familiar with other dietary needs for those with Celiac Disease as I eat Gluten, Dairy, and Fructose free.

If you don't get anything from this just remember:

YOU ARE STRONGER THAN YOU THINK YOU ARE!!!!!!

Available on request.  Just call and leave a Message if I don't answer.

If you have questions we are here for you.  Just reach out through email or Call Mary. 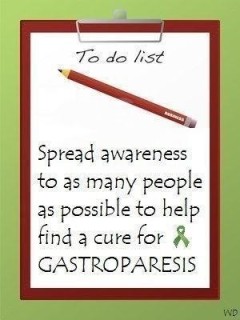